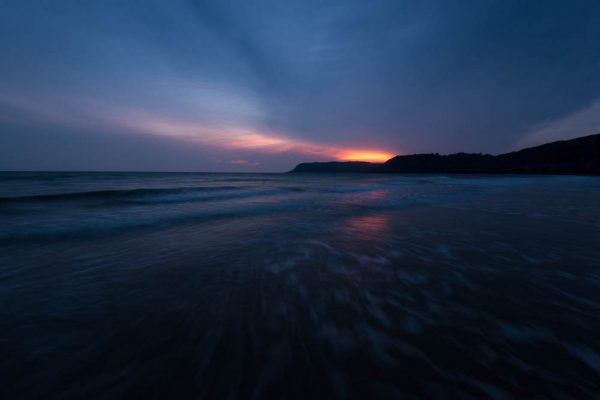 It was a bit of a grey day when I had a few minutes to visit Caswell Bay. With the light being so flat I decided to concentrate on smaller details as wider views just lacked any emotional pull in them what ever the framing. There are always some interesting pebbles in some of the smaller bay areas of the bay. The variation of colours between them is always an interesting part of the framing process and in the image below I used the contrast in shape?to help frame the image.

When the light faded at dusk a small opening in the cloud allowed a small patch of orange to be visible from the setting sun. I though it contrasted nicely against the blue-grey of the rest of the scene. The low light resulted in slower shutter speeds, but I wanted to avoid a complete blur of the detail in the moving water. I bumped up the ISO to keep the exposure around a second. I find that this gives enough movement blur, but not? at the expense at some of the detail and textures in the water. A 16mm lens exaggerated the perspective, leading the eye towards the end of the headland and the orange sky. Multiple frames were made and the one with the best wave position to create a leading line was chosen. As I have written before, when photographing waves make lots of images and then review them at home. It is easier than trying to get the correct “one” at the time, especially with the slightly random nature of the waves and how they appear with the longer exposure. 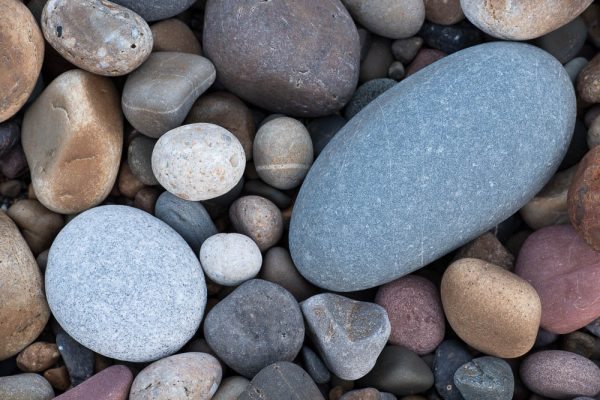