Down south to Richmond Park 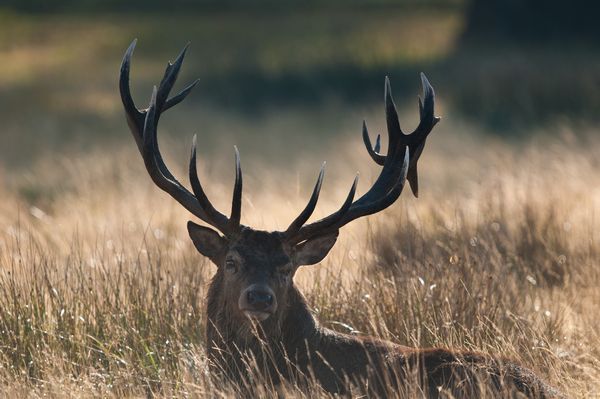 After leaving Norfolk, I headed down to London. I was hoping that Red Deer rut would be starting in Richmond Park, but nothing seemed to be happening on my visit. The above image shows the stag I was photographing that I mentioned in a previous post when 3 other photographers approached and unsettled it, causing it to get up and move away. This image was a bit of an after thought as I originally photographed it with the sun behind me. The images didn’t seem to have as much interest as this one did though, even though they showed some interesting interactions between Jackdaws and the Deer. The Jackdaws were cleaning insects off the deer, similar to Oxpeckers in Africa. 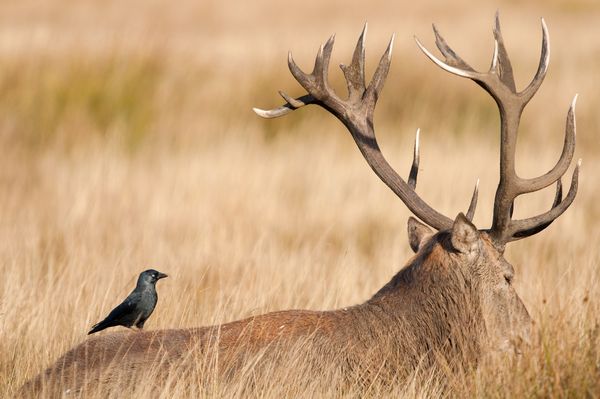 Even though the rut wasn’t on some of the younger males were still on the outer edges of the gatherings of female deer with a larger older male close by. But they didn’t seem interested in either the females or challenging the males. 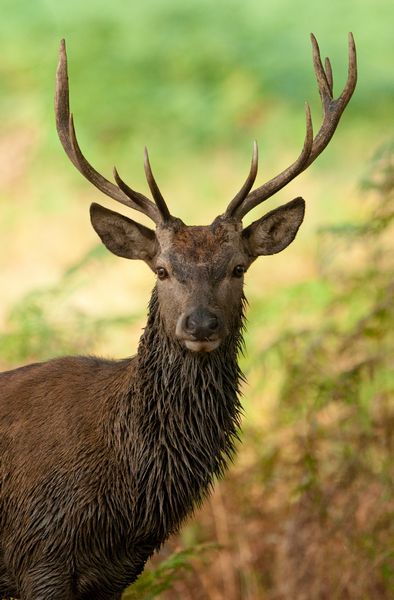 Perhaps the idea of challenging the older, bigger males was still just too much of a task for the younger males to even contemplate. 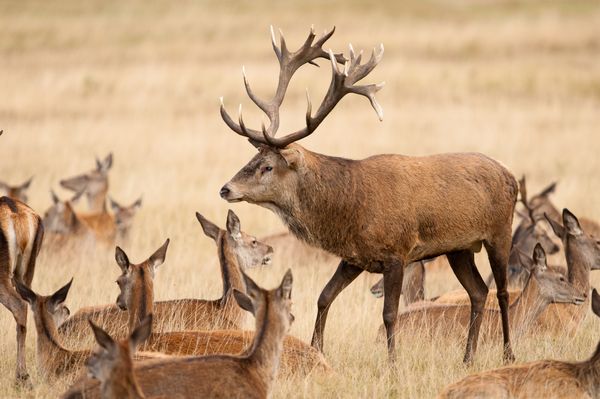