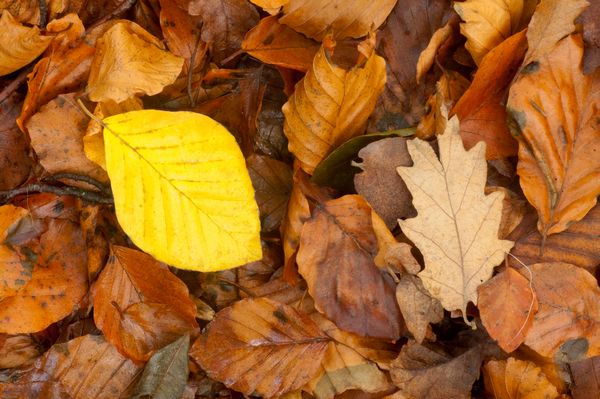 The leaves in this image look set up, but were found like this. I did remove a small twig which was lying across the yellow leaf as it was a distraction. I haven’t made as many Autumn themed images as I would like this year and now with heavy rain and gail force winds most of the leaves will come down. Autumn on Gower took some time to get going and the colour changes were patchy, with most areas quite drab in colour. Being close to the sea causes this as we tend not to get heavy frosts that are needed to trigger the leaves to start changing colour.

Photographically this is quite a simple shot with my camera tripod mounted with a 90mm lens and polariser fitted to maximise the colours and remove reflections from the leaf surface. The exposure caused the yellow leaf to loose detail and become over saturated even though it was correct. I have found with digital that at times with quite bold colours they can become over saturated in appearance and unnatural. To remedy this I usually decrease the luminescence in the RAW processing program. This usually has the effect of bringing back some of the detail and making the colour more natural. 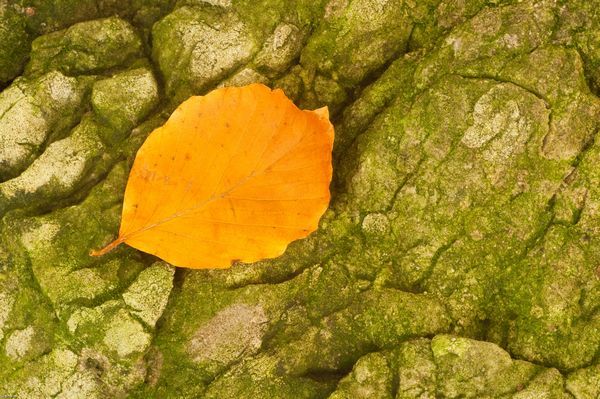 This leaf was placed on the algae covered rock and the image was?made before I found the previous image. I prefer the first image more as it was found and not created. I think a lot of people would be surprised as to?how many natural history images are created and not found. In the professional world it is important to get a saleable image from a trip and it cannot be relied upon to discover an image with random wanderings. I don’t tend to create images, as I feel that they take far more planning to make them look natural and sometimes are not as good as a natural one when found. 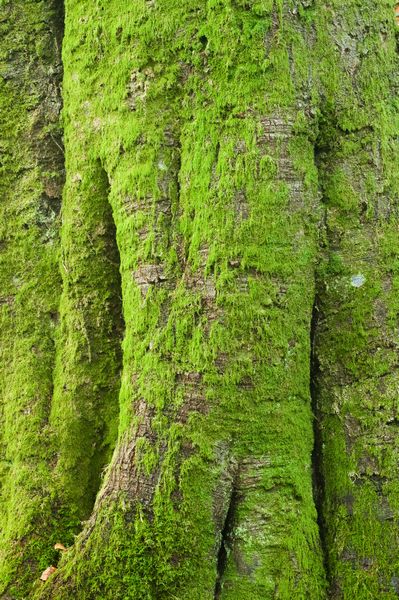 The trunk appealed to me with the moss covering as a simple texture image. As part of a story the image works well, but is not strong enough by itself to stand alone.