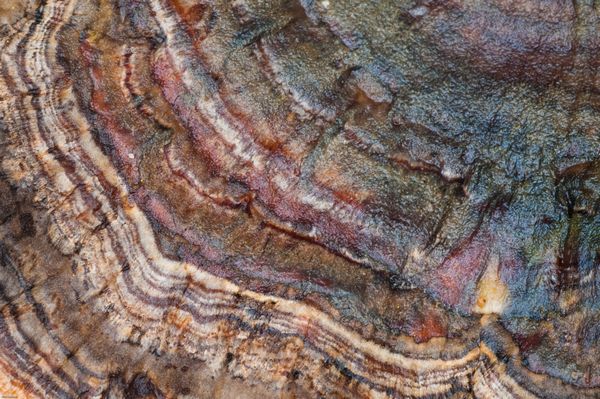 The world of macro photography always amazes me and I wish I did more of it. I don’t know why I don’t, as it requires no more than a close focusing lens and not much else. Suitable subjects are all around and it can be carried out in all weather.

The bands of colour caught my eye, so I made these the main focus of the image. Other views didn’t seem to show these as well if I composed a wider image. Even though I used a polariser there is still some shine on the damp surface of the fungus, but I don’t think it is too distracting. 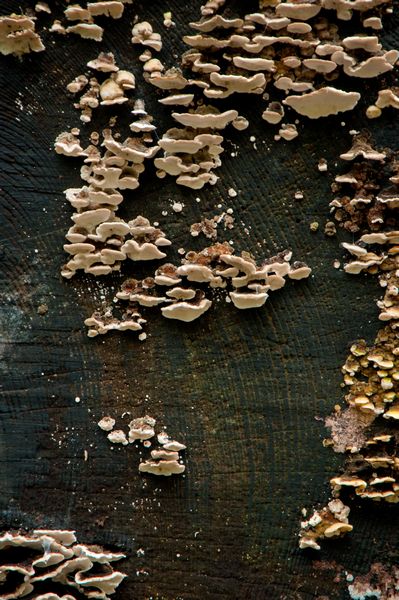