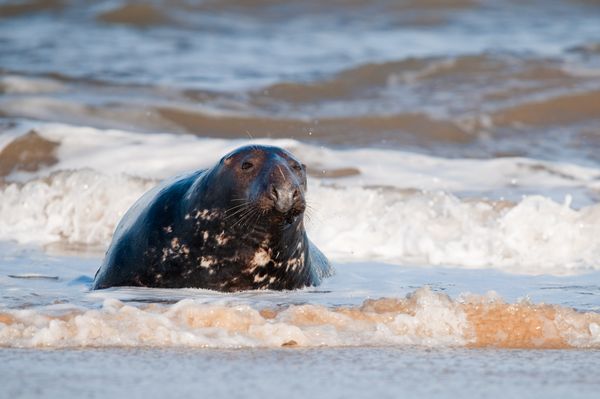 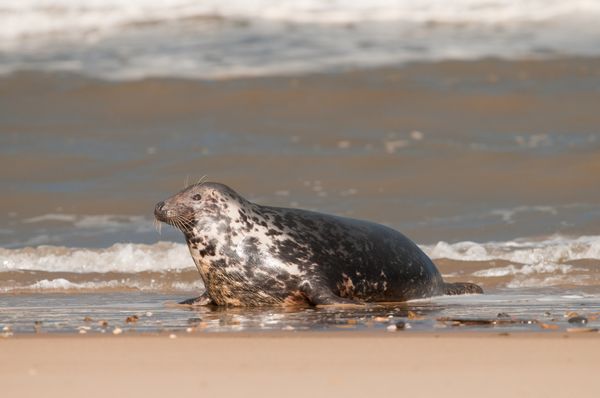 This is the?mother of the pup in the images in my last post. She would regularly return to the sea and play in the surf, then come out for a bit and keep an eye on her pup. The image below is a slightly different take on the same scene, with the same male in the image above from a different view point. 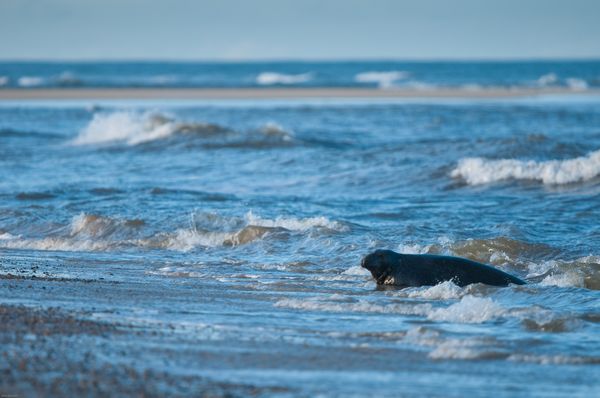