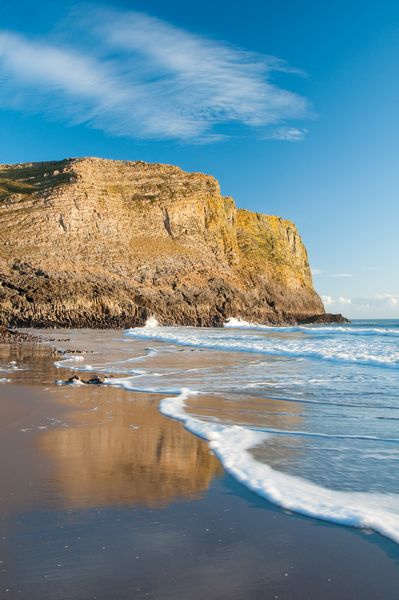 I’m not a great lover of blue sky images, although calendar manufacturers and tourist agencies have a preference for them. When there is no clouds in the sky they can be quite plain and even boring to look at after a while. Luckily for me some cloud drifted in above the Thurba headland to provide some interest. I have other versions without the cloud, but they don’t work as well as the ones with the cloud. With the waves moving in and out across a wide area of the image, digital capture comes into its own here. I am always taking lots of images to try and get the wave in the ideal position, but with film this gets quite expensive and wasteful. Even though you can predict where the wave is going and roughly where it will appear on the image, for some reason some waves look better than others. It is only later back at the computer when you can review them together, that it becomes clearer which images work better.

It was quite busy at Mewslade with a few dog walkers, other visitors and photographers, so it was difficult making images without foot prints or people appearing in them. If it is difficult to avoid the foot prints, I tend to make a feature of them by using a wide angle lens and getting in low to emphasise them as foreground interest. A good example of the use of footprint for effect can be seen in one of the commended and winning photos?of the Wildlife photographer of the year competition?2009.

Once the light had started to soften as the sun headed towards the horizon a promising sunset started to form. I was amazed to see some of the photographers heading home, but as most didn’t seem to be using tripods supporting the camera was obviously an issue. Having seen some test images of a photo taken on a tripod and one without enlarged, I rarely take an image without my tripod or beanbags to support the lens. The difference in quality is very stark once the image starts getting enlarged. There are obviously situations where handholding is required, especially with wildlife but the improvement in framing and composition that the discipline of regular tripod use brings sometimes counters the lack of spontaneity. 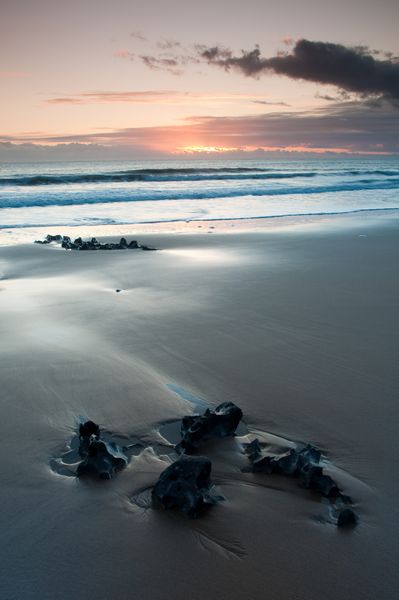