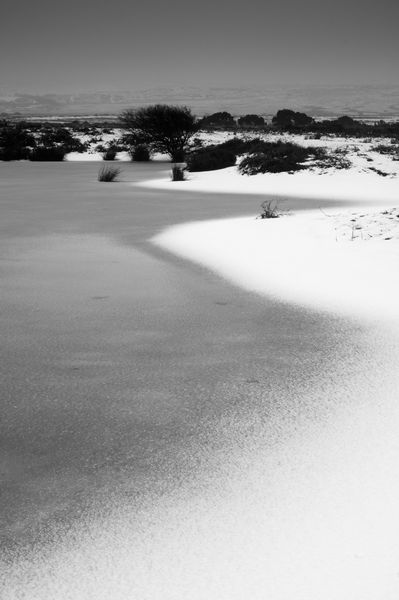 With the second lot of snow I ventured out again to Broad Pool, but this time the surface was very grey in colour due to?the ice being visible, and with a dark grey sky it just didn’t seem to work as well as before with the blue sky. I decided to go for a wander across the common behind the Pool as normally this is quite boggy and hard work to walk across. With the cold temperatures the ground was frozen and firm to walk on, so I went further than I have been before and found another pool behind Broad Pool, which I never knew existed! I think I need to get out more! It had some great details and a great curve on one side which prompted the above image. Due to the light being so dull and the image being made at about 4.30pm in the semi dark, I switched the image to black and white even though my original idea was to stay in colour. 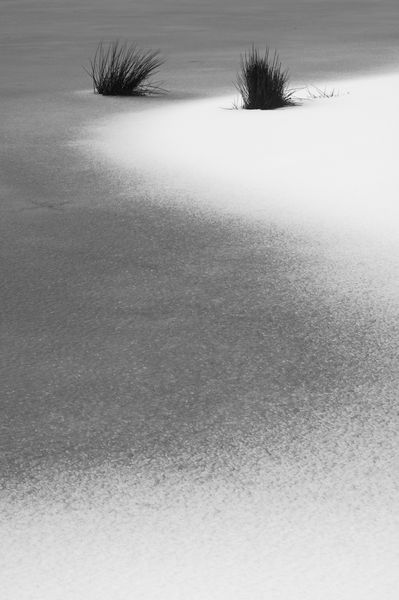 My liking for detail images came to the fore for the above image. As with most scenes there?is more than one image that can be made from the overall scene. Normally just a different lens, angle, height or position of the camera will reveal these options. With practise, this becomes more instinctive and hopefully you reach a point where you know what lens, angle, height and position is needed when approaching a scene, or at least a close approximation.