Not so Chough-ed at Worm’s Head, Gower Peninsula 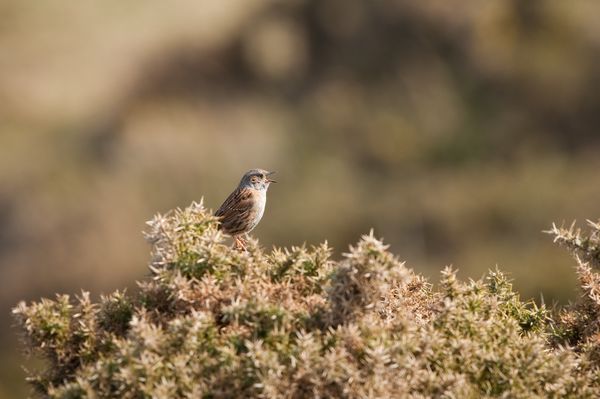 On my recent 1-2-1 tuition days that were at Worm’s Head, typically when I didn’t have my long lens on the camera, Chough were coming in really close on the wind and also were feeding on the ground quite close to my position. I decided to return at a later date to make some images. My return visit was disappointing, with not a single Chough in sight anywhere. There were plenty of Jackdaws around, which made me work a bit harder as I always got the camera ready just in case as they came closer?I became able to tell whether it was a Chough or not. 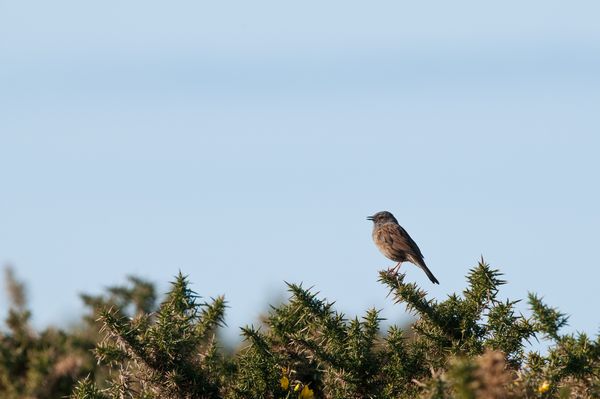 I hung around for a few hours, but to no avail. Despite all the comings and goings of the visitors and myself, plenty of birds were heralding the arrival of spring and singing away to mark their territory. The two images above of a Dunnock singing were made fairly easily as they were more intent?in competing with their local rival in the neighbouring gorse bush than being concerned with me.