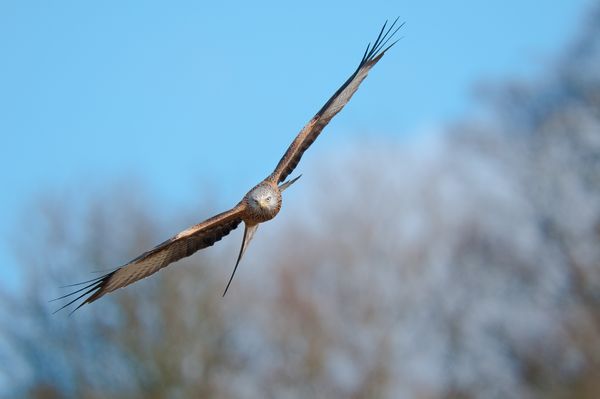 I was reminded that I hadn’t been to Gigrin Farm recently when I saw my first Red Kite over Gower. I was driving a long the south Gower road on my way to Worm’s Head, when I saw what I first believed to be a Buzzard. The distinctive tail of the kite became visible though as I got closer, but having to keep an eye on the road only gave me a brief ?look.

I have been trying to get some different images of the Kites at Gigrin Farm from those that are normally seen. There are now plenty of images? Kites flying around with a nice blue sky behind, so having been inspired by some images made by Danny Green of the kites in snow, I decided it was time to experiment a bit. There was no snow at my visit in Easter ( the nearby hills had some still on my first day), but I thought I would try and include some “habitat” details in the image. I was photographing from the new larger Tower hide, which is taller than the others and occasionally get you level or even above some of the birds. This has given some images a different perspective and makes it easier to include the trees behind the feeding area as the hide is positioned to the right of the feeding area as you look at it from the hides. This puts it closer to the trees. 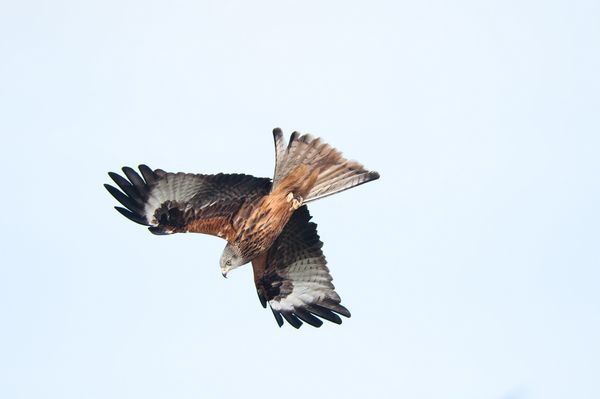 I have also seen some beautiful bird in flight images made by Arthur Morris and Andrew Parkinson with very pale or white backgrounds in them. This really emphasises the detail and colours of the bird in the photograph, and it doesn’t seem to matter that the background is featureless. Above is one of my attempts at a similar style. This is not quite the best pose and placement of a diving Kite, but the frame before in which this was better, the Kite was blinking and as a result the eye isn’t very?clear. I do think the background really helps the colours of the birds though.

I am currently working on a book project involving Gigrin Farm that I hope to have finished soon, so keep an eye out for the launch in the near future. I hope it goes well, as there hasn’t really been anything released like it before and it will allow other projects to role out from it. Anyway, a bit more work to do yet, so back to the editing!