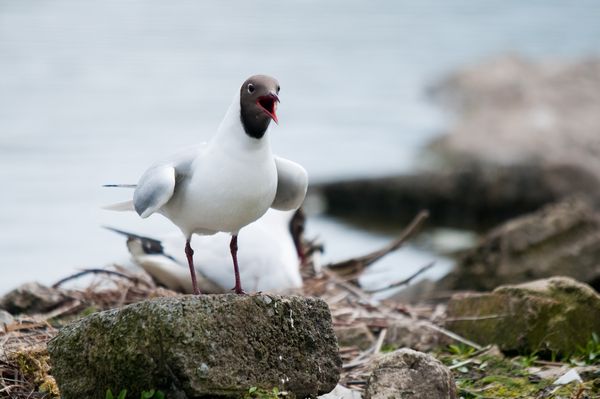 It wasn’t the best light for photographing black and white birds at my visit, but I was getting acquainted again with the handling of a Sigma 300 – 800mm lens. I damaged mine? 9 months ago, and have been struggling to get Sigma to repair it successfully. Finally my lens is being sent back to Japan, so I have been lent one by Sigma to use. Unfortunately I missed a lot of the best time of the year when I would be using the lens. I would normally be looking?for over wintering birds, especially on my trip to Norfolk. 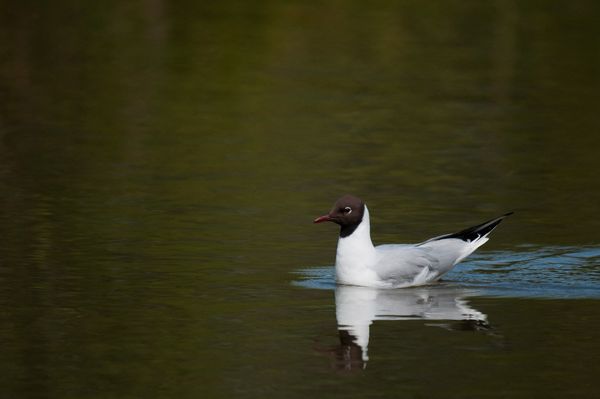 The gulls are nesting on the small islands in the Centre in both the Millennium wetlands and opposite the Boardwalk Hide. Like all gull colonies, the sounds are great with constant calls and motion. The water had some great reflections of the green vegetation on the banks, plus the yellow gorse flowers in certain areas. I tried to place a lone gull in these areas of reflection for something a little bit different. I think both the images work. 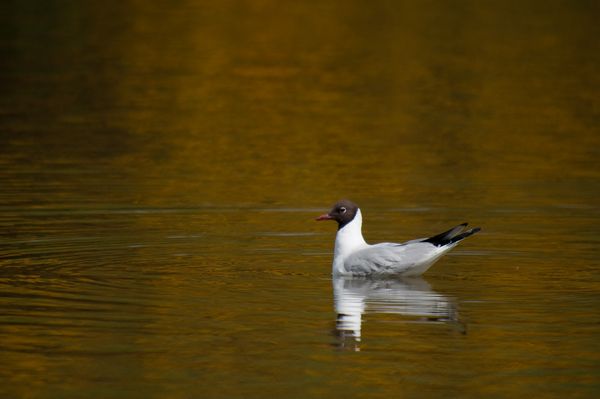 I also wanted to try and show the feel of the colony and activity going on in it. This proved to be quite a challege as finding a pleasing composition was a little bit of luck as well as planning. It took the close presence of a Heron to get a bit more movement in the colony, which resulted in the photograph below. 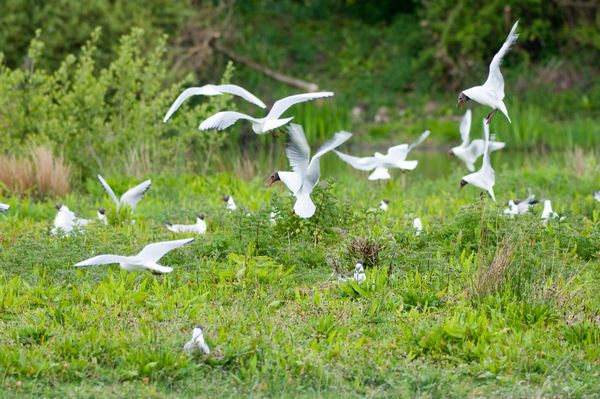 The gulls were very nervous of the Heron and if it came too close it would be dive bombed and pestered until it went away. On one occasion it was successful in it’s attempt to get a meal. It flew into the edge of one of the islands and raided the?reeds where a Moorhen had been sheltering its young. In situations like this I always find that I have the wrong lens on the camera or an inappropriate exposure or drive setting, but this time I managed a few frames in the few seconds that the attack took. 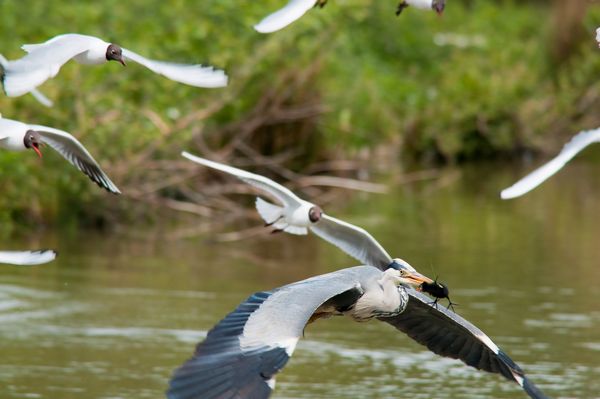