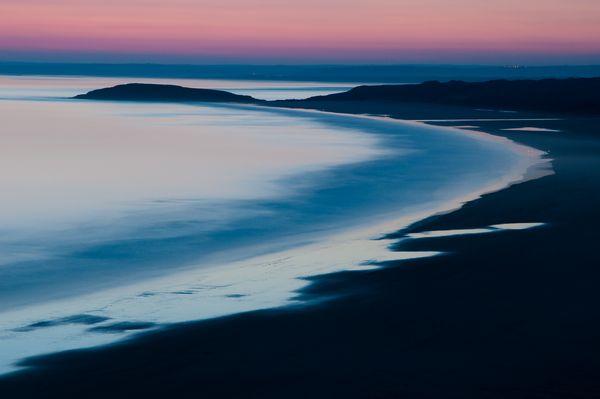 Had a great 1-2-1 tuition session at Worm’s Head and Rhossili today. The weather wasn’t the best during the middle of the day and afternoon, but it improved really well later in the afternoon. A sea mist was present over the beach, plus great colours were present at sunset as well even though the sky was a bit bland and featureless.

As usual I didn’t take any images myself during the tuition, but I managed to make the above image after the session at 10.35pm. Most people would have packed up their gear at this time but with the lighter nights now there?are still plenty of options till quite late. The exposure was about 60 seconds. I needed a tripod and a cable release with the bulb setting activated, but overall this is a very simple image to make and needed no filters.

Quite a few passers by were intrigued to find somebody photographing in the dark, so I ended up running a mini 10 minute tutorial on long exposure photography for them with their cameras. The look of amazement on their faces was a picture in itself, but unfortunately it was too dark to take a photograph!