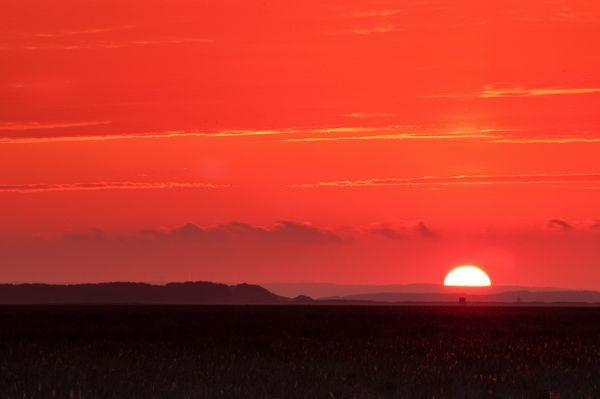 I went to Llanrhidian Marsh initially to see what birds were around to photograph, but it was quite quiet on the bird front. Initially the marsh and sky didn’t look too promising for any other photographs but as the sun descended, the colours in the sky intensified. It is always difficult to avoid flare in these situations when the sun is directly in line with the lens. A lens hood won’t help, plus the elements in a zoom lens seem to suffer more from flare than a prime lens in the same situation. There is some flare around the sun in the above image, but I don’t think it is too distracting from the overall scene. 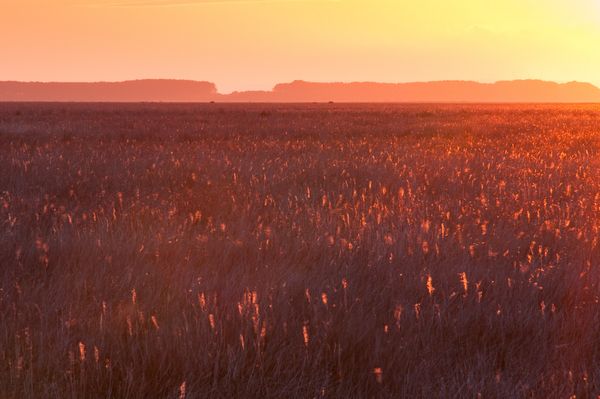 The above image also suffers from some flare, even though I excluded the sun from the frame. I still like the image and think it has an advertising style feel to it as opposed to being a straight image with less ‘feel’ to it. 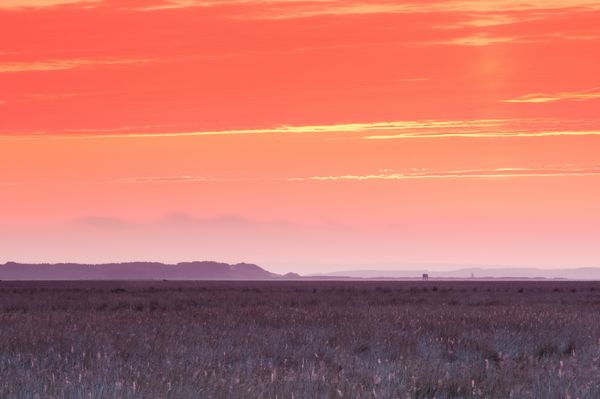 Once the sun had completely descended below the horizon the flare problem disappeared plus the contrast in the scene lessened giving a softer, flatter light. This allowed the reeds in the foreground to become more visible, but a gentle breeze kept them moving so they have become blurred.