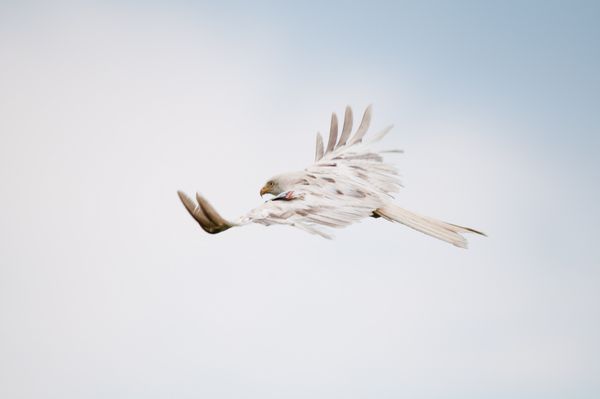 The conditions were quite tough for my Gigrin Farm Day Course on Saturday. The sky was very bright with little or no light hitting the birds, especially the underneath. This resulted in almost silhouette style images, even with exposure compensation. To get some detail in the underneath of the birds it required exposure compensation knowing that the sky would record as a blown out highlight on the Histogram. As there was very little detail in the clouds any way this wasn’t a problem.

The ‘white’ Kite was still around, so with the sky going white in most images, I tried to make an image that was slightly different. In the image above some blue sky is visible which makes the background a bit more interesting. The Tower hide that I book for the course gives us some extra height and you are sometimes able to look down on the birds slightly. This allows images, as above, where it looks as if it was taken in the sky next to the birds. It is a shame in a way that the kite has been tagged, but I will not clone out the wing tags as it will not be a true reflection of what was really there. 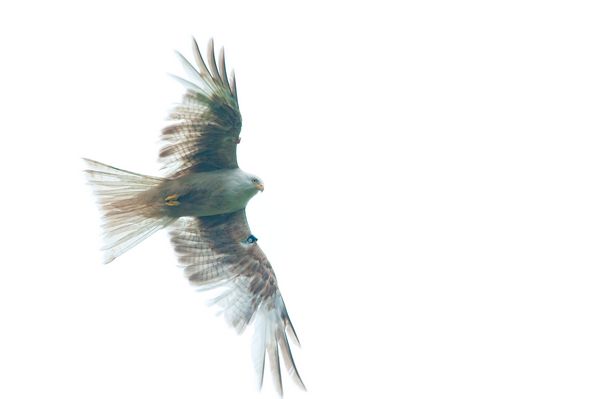 When the kite flew over, it was possible to see the lack of pigment more clearly. A lot of the feathers appear translucent, which was emphasised by the over exposure of the image to get a correct exposure for the underneath of the bird.

In previous posts I mentioned trying images with white backgrounds. On Saturday, there was no option but to have a white background so nearly all the images have one. I did get some images that I have been trying for a while to achieve, which was great and having a white background appears to give the details in the birds more clarity that with other backgrounds. This is only an illusion, but quite a good one. 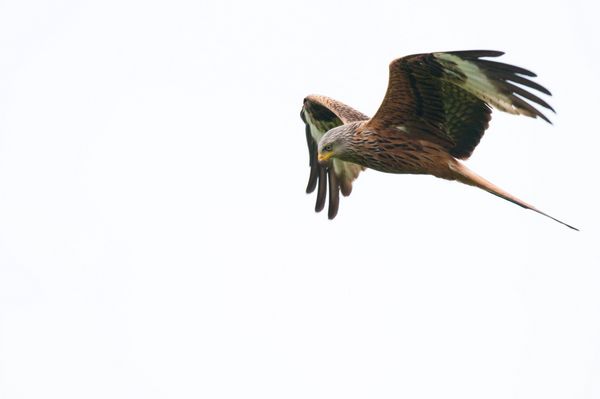 I still took some images with the kites in a classic pose. 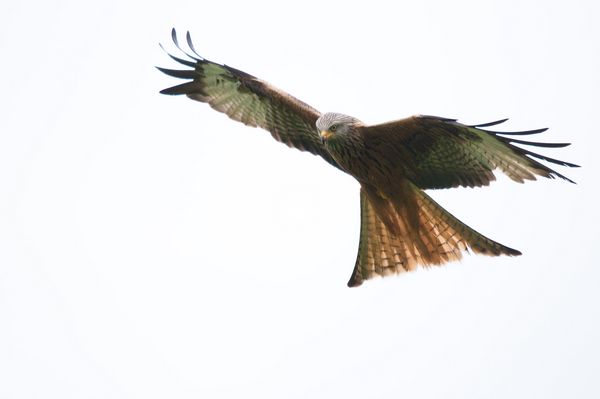 The final image is one that I have been trying to make for a while. Unfortunately it needs lots of post processing to correct the image, and it is still not quite correct and needs more work.?I think I will have to head back to try again! 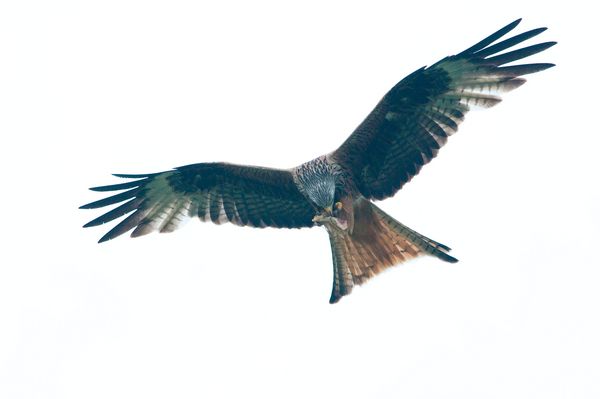