A selection of images from Skomer Island 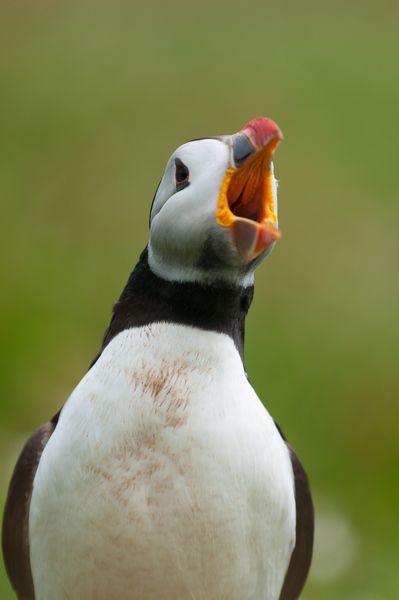 It has taken me over two hours to download the 76Gb of images that I took on my 4 day visit to Pembrokshire. I hadn’t been to Skomer Island for two years, so I thought it was time to return. The new ticketing arangement works well; it is still first come first served but at least you know what sailing you are on or if it is all sold out now.

The Puffins are always a great source of inresest and I spent a few hours with them, but unfortunately the lighting became a bit too contrasty for making images of a black and white bird so I moved on. The image above is slightly different from the normal portrait, and shows the great yellow colour of their mouths with the barbs they use to hold onto the fish they catch. This colouring and the barbs are also seen in Razorbills and Guillemots. 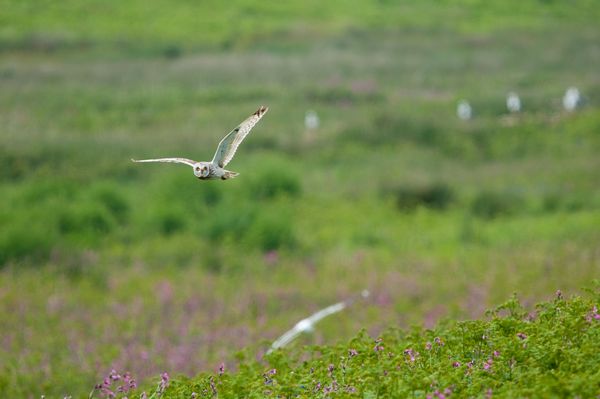 As I was walking from the Puffins at the Wick to the visitors centre at the farm, I noticed a strange looking gull that was flying over the gull colonies. Closer inspection showed that it was being mobbed by the gulls and as it came closer it became obvious that it was the Short-eared owl. It was very pale in colour so it needed a double take to make sure it wasn’t a Barn Owl. It came quite close and allowed a few images to be made, no prize winners though but better than nothing! 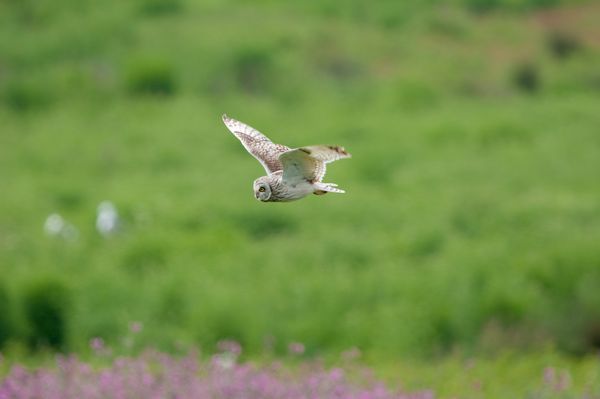 The Little Owls were very busy feeding their young and I managed to locate the burrow where their chicks were located and their favourite perches. Unfortunately the lighting wasn’t great and became a bit harsh and came from behind the birds. I spent a few hours with them and saw some great behaviour. 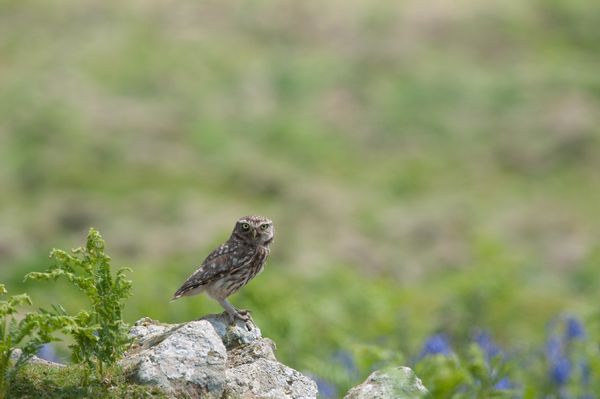 With all the special birds around the island it is easy to forget the more everyday species. I have always found the gulls interesting to watch and the island has nesting Great Black Backed, Lesser Black Backed and Herring gulls nesting. The Black Backed gulls always seem to like to take the highest points on the island to nest and are commonly seen atop the rocky outcrops. 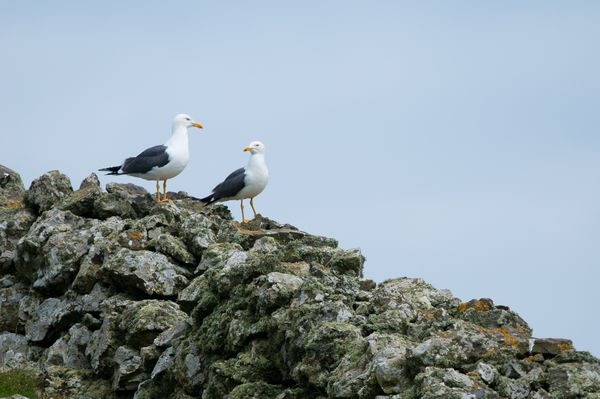 If you have visited Skomer and still have time or you have been unable to get over to Skomer it is always worth a walk around the headland, Deer Park. I always find it a good location to photograph Stonechats, Wheatear and Chough. The image below of a female Stonechat was made over the course of about 40 minutes that I spent with this most accommodating bird. It flew around me, resting on various perches, interested in my actions. I think the sound of my motordrive on the camera made a similar sound to their call, so I’m not sure if it thought I was a very large Stonechat! 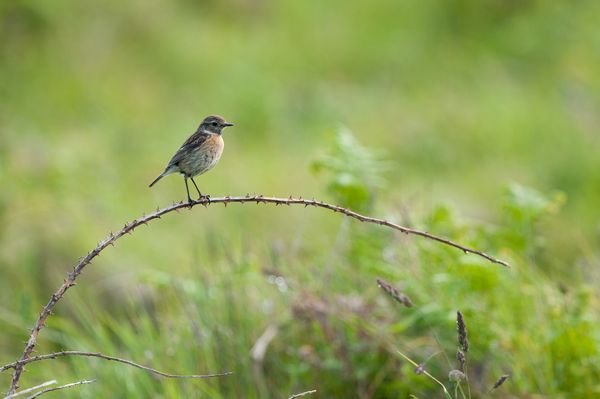