Spot the Little Owl and more From Skomer Island 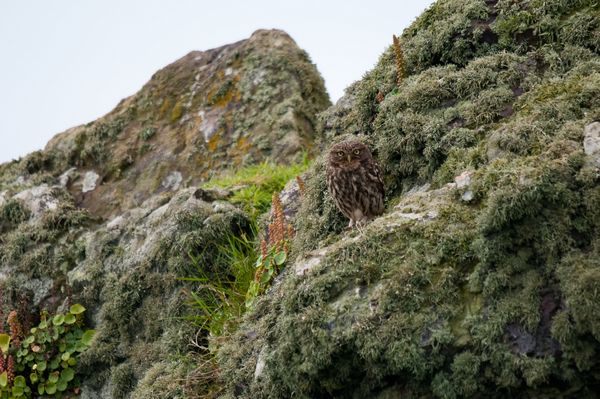 The Little Owls on Skomer are well suited for the terrain with superb camouflage. You only really picked them up if they moved and even their bright yellow eyes didn’t give them away. The image above and below were taken to demonstrate their ability to blend in with their surroundings. I was amazed at how many people just walked past them, even though I was pointing a huge photographic lens at them! 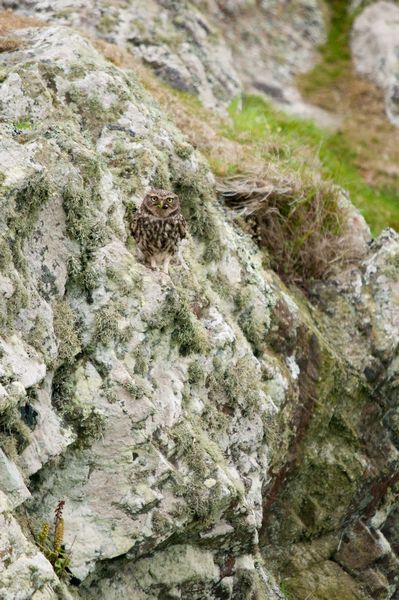 After a while of spending some time with them, I got to learn their habits and could identify the male and female, which look the same, from their behaviour. The female stayed closest to the young with the male bringing in food and passing it off to the female. The female would also hunt herself, but when the male arrived at his favourite perch he would squawk, and the female would fly to him to collect the food. I stayed for a few hours and it was great just to be able to watch their interactions. They also got used to my presence and the male decided he wanted a closer look at me, so he came within 10 feet of me. No picture I’m afraid because at the time I was looking in the opposite direction taking a photo of an oil tanker moored in the sound! Even though I turned really slowly, I knew he would fly off before I managed to train my camera on him. That will teach me not to pay him my full attention. They still came relatively close so I managed a few different images. 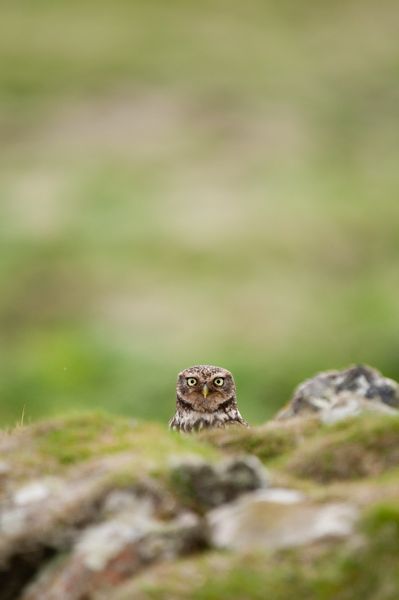 I decided to leave the Owls in peace in the afternoon and wandered down to the landing area. Normally everybody is in a rush to get round the island that they rarely spend time here. Once all the boats have landed for the day and before the first boat leaves in the afternoon, it is usually very quiet with plenty of birds to see and photograph. If you don’t have long telephoto lens for your camera this is the place to go as the birds are very close with usually a choice of Razorbills, Puffin and Guillemot to choose from. The favourite perching place has been nicknamed “Kodak Rock” by Kenny who works on the Dale Princess as everybody usually stops here to take a photograph on their arrival. 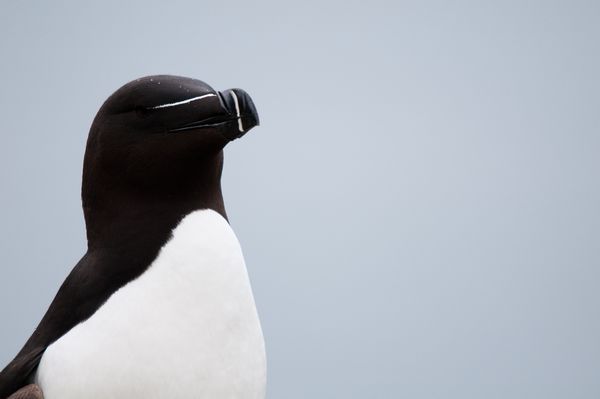 Razorbills have great markings, but it is only when you see them close up can you appreciate that there is quite a lot of brown in their colouring. The same goes for Guillemots as well. From a distance it all looks black. They all seemed to be taking it in turns to pose for me. One would have it picture taken, then fly off ready for another to take its place. 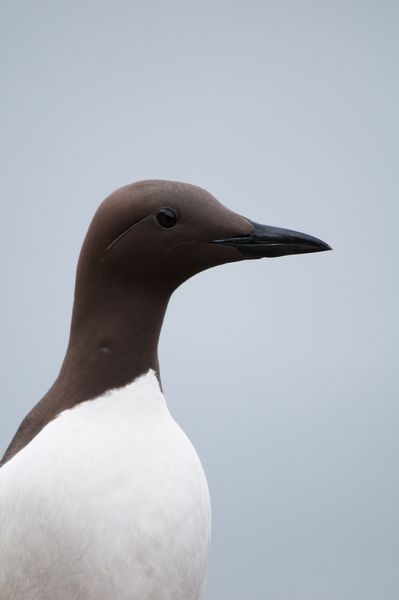 It started to rain as I waited for the boat and the rest of the passengers to arrive, but all the birds were posing so well I carried on, keeping the camera dry under a waterproof cover. The Puffins nest all around here, so they are quite close and very used to human presence. The background gives a different look to those you get up at the Wick where the main colony is. 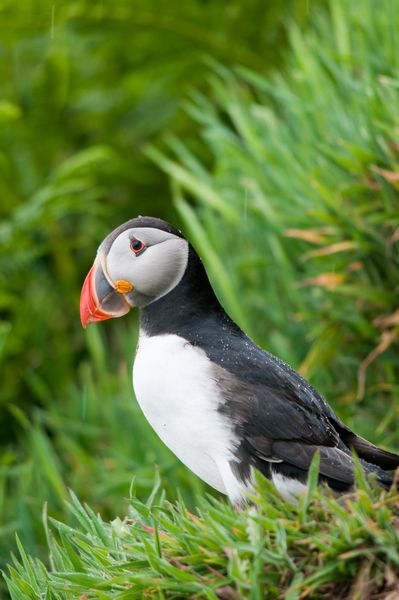