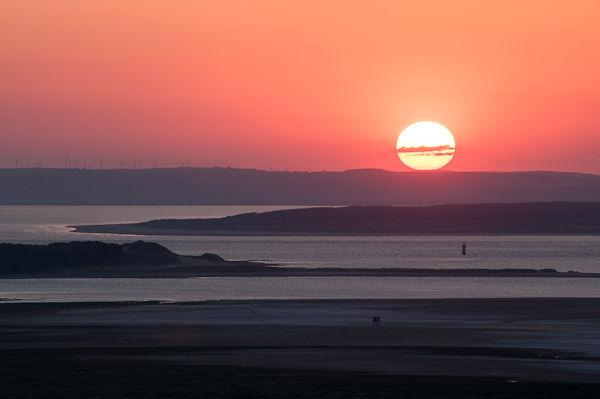 It had been a long day. After a 4.00am start to reach the location for a longterm project I am working on for my own entertainment, getting up Cilifor Top to get these images seemed a bit harder than normal. The heat didn’t help, plus I had more equipment than I needed for these images in the camera bag. I could have emptied it out and left some in the truck, but I am always wary of it being stolen. Plus I’m the sort of person who carries two kitchen sinks with them, just in case one isn’t enough! 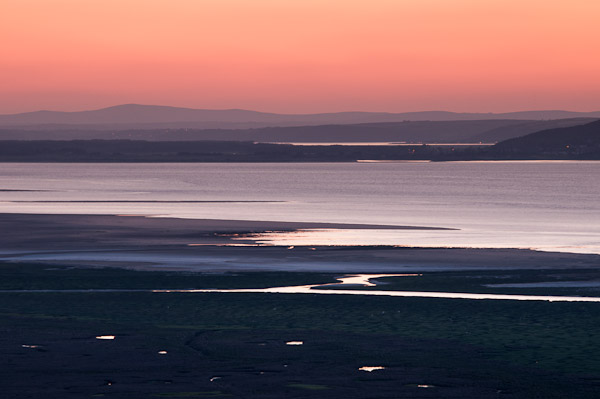 The sunset had been quite spectacular the previous few evenings. The air?had been?very clear with no haze or pollution and the colours had been very pure, maybe a bit plain for some with no clouds to add interest, but still worth a photo or two. I like photographing at the end of the day and I don’t get too hung up on trying to retain detail in all areas of the image. I am quite happy with solid blocks of colour and a more graphic quality to the images.

When the sun is above the horizon, the level of contrast in the scene is very high and usually detail in the shadows is lost. Once the sun has dropped below the horizon, you get much less contrast, but also a brief period when light levels actually increse for a short time (as mentioned in other posts).

I hadn’t realised at the time, but there?were not?very many lights switched on in Llanelli and Burry Port. Within 10 minutes of packing the gear up, they were all lit up. I was tempted to unpack the gear and take a few more images, but tiredness was too much and I needed to get home to sleep. Hence the influence for the image below. The clear sky allowed an almost distortion free view of the surface of the moon. Goodnight. 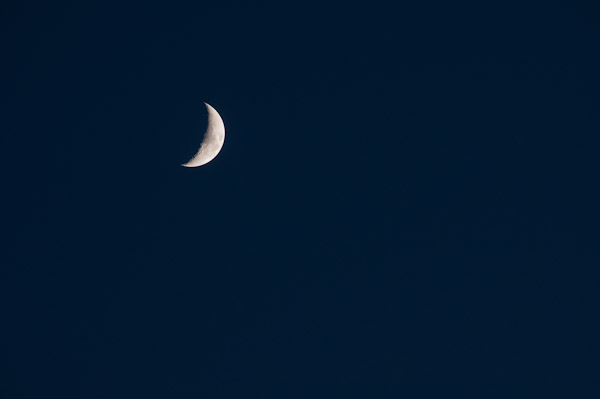