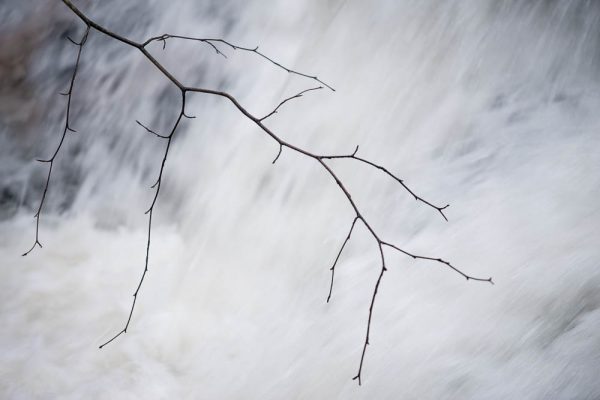 The recent weather has been a bit of a challenge. Dark, rainy conditions fail to fire the imagination normally, so I considered it a bit of a challenge to try and create some images. With my new wellies fitted (a very welcome Christmas present), I ventured of to Millwood in Penrice to explore the woodland.

While trying to photograph the small weir, the autofocus started to hunt and ended up locking on the branch in front of the? small waterfall. I thought it represented the barren, dark, feel of the wood with the increased levels of water due to the rain perfectly. A repositioning of the camera removed some unwanted elements from the frame and with a few exposure to changes to?the shutter speed to get some variation in the appearance of the water and the image was done. 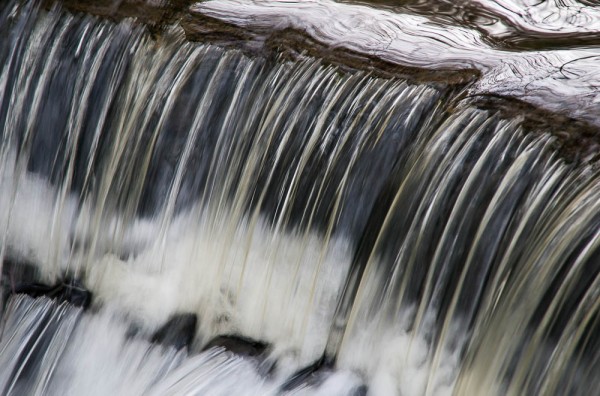 The small weir produced some great variations in texture and colour. Considering that it is only about 2 feet tall, you wouldn’t expect such variation. The water levels in the streams was much higher than normal, so it probably helped give the greater variation, it just came down to finding a pleasing composition from the water. The reflections caught my attention first. An attempt to saturate the colour with a polariser just killed the feel of the image, so I dialled it back and kept the reflections. 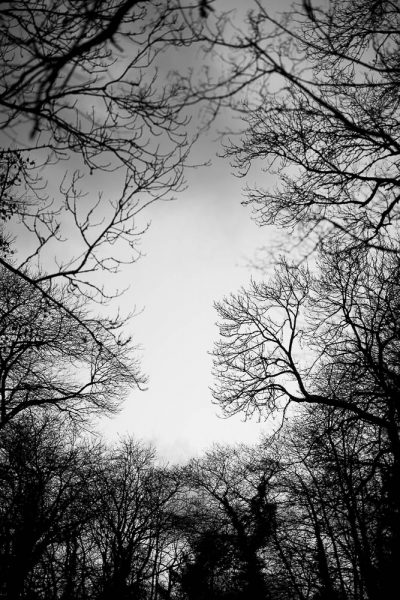 With the light finally going I headed back to the car park, capturing the darkness of the evening with this final image. It was a fairly monochrome image, so a convertion to black & white was called for to get the full effect of the tones.