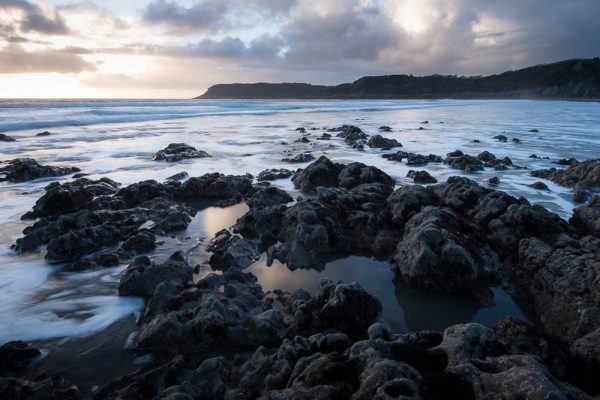 With only a few spare minutes between commitments, I headed off to Caswell Bay to look at the damage after the high tides and strong winds. Most of the damage had been cleared up, but some twisted and torn railings were still visible as a testament to the power of nature.

The light wasn’t that great due to lots of cloud on the horizon, but it cleared quickly due to a fairly brisk wind, creating quite high contrast but low light. A view looking back over the rocks to the west side of the bay worked well with the setting sun and provided a slightly different view from others I had done. 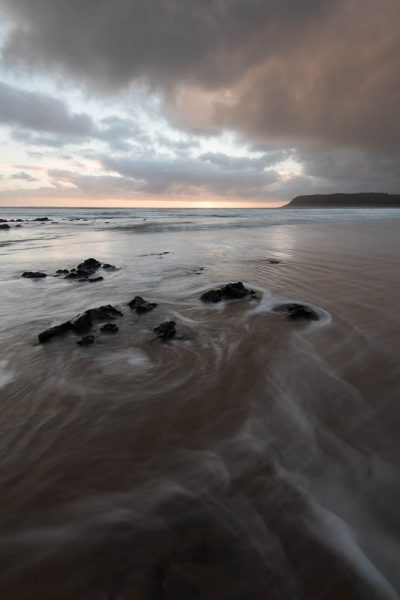 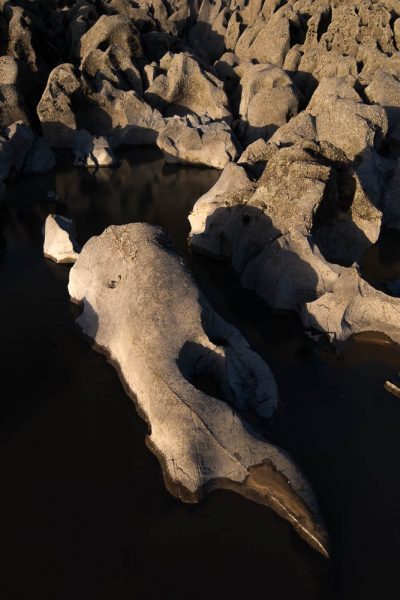 The low light really showed the texture on the rocks and allowed quite a graphic composition with the fairly narrow colour range on offer. The low light didn’t last long as the cloud thickened up again to really flatten off the light. A bit of bright sky with some colour persisted on the horizon, but a heavy shower of rain and some hail signalled the time to move on to my prearranged commitments.