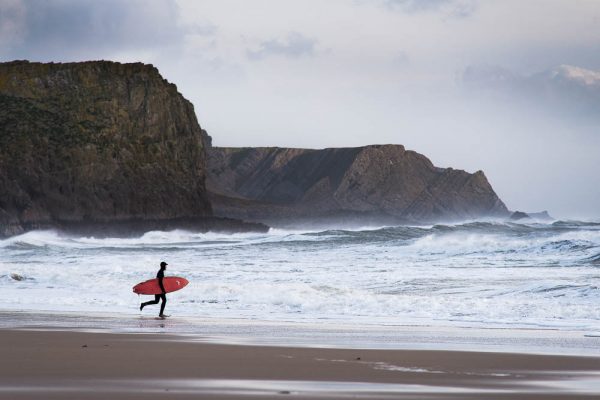 It was a windy old day when I headed out to Fall Bay. I haven’t visited the bay as much as I should, so having walked?across it with some friends a few days earlier, I realised I needed to visit it more. The surf was up, so quite a few surfers were enjoying themselves out at sea. Red always stands out in landscape photographs, so as soon as I saw the red surfboard, I knew I?had to make?an image with it in the scene. I am finding more that the presence of a person really helps at times with giving the viewer a better idea of the sense of scale of?the landscape. 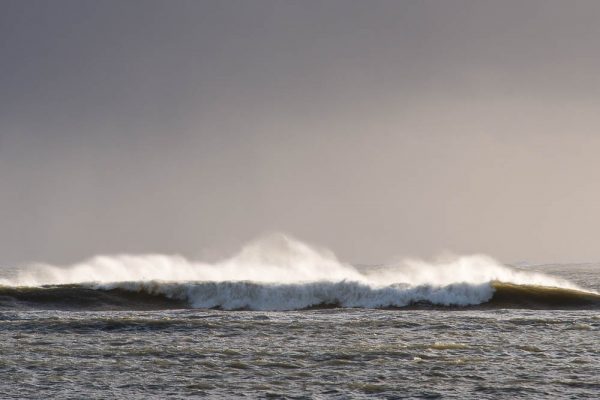 Further out to sea, closer to the western end of the bay, the sea was flowing over a flatter, rocky section that extended out from the headland. At this point the sea would change from a flat surface with normal swell to a single solitary wave. The occasional periods of sun breaking through the clouds would really highlight the spray and top of the wave, before and after it broke and disappeared back into the swell. 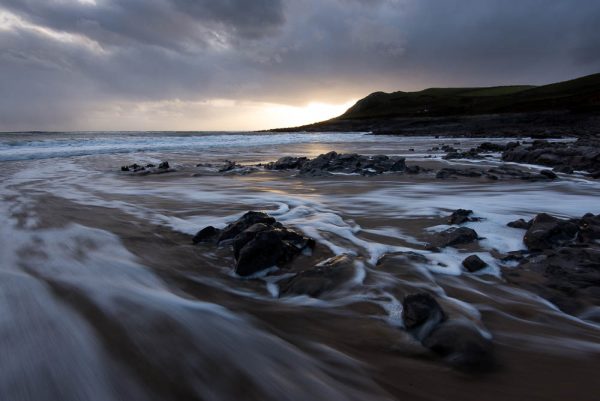 When the sun disappeared behind the headland to set, the scene cooled off in colour and temperature, flattening the contrast of the scene at the same time. I liked some of the colours in the clouds at that time, but also wanted to show the effect of the approaching tide on the rocky outcrops in the sand. A little bit of motion blur helps the wave movement, but is not too blurred to make if difficult to work out what it is.