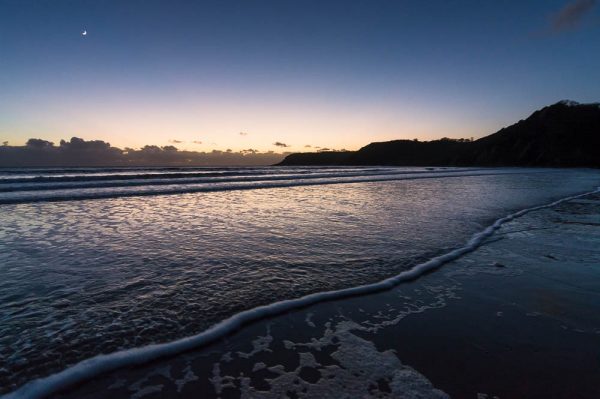 Caswell Bay has become my go to bay when I have a few minutes spare. It doesn’t take long to get there from where I live and offers a good winter sunset, interesting rock formations and a great caf? to warm up in or to grab a quick drink.

The image above was a bit of an experiment – it was hand held at 1600?ISO on my light weight Nikon D3200. I picked up this camera a while ago to prove to my workshop attendees that it doesn’t matter what camera you have it is what you do with it that counts. I keep the camera in a bag ready to go for a quick stroll, normally with a full frame Sigma 12 – 24m fitted to it. With the Nikon DX crop camera this gives me an 18 – 36mm zoom lens which is wide enough for my needs. 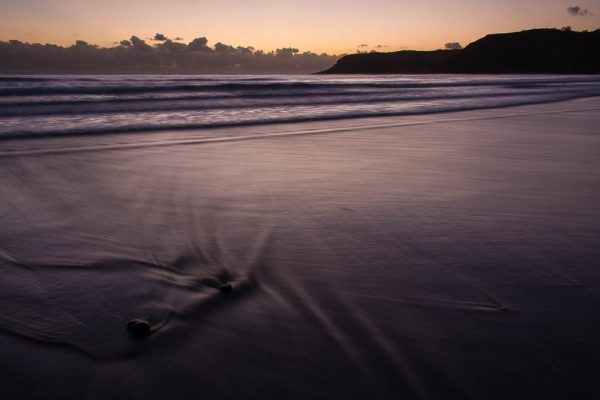 I do like tripods, so even though I was only out for a stroll, I took one along with me. At dusk there is no option but to use a tripod when using lower ISO settings. It also allows a variation in camera settings, but with the composition of each image being identical. The above image was taken at roughly the same time as I was handholding my other camera as mentioned above. The different lens choice and framing emphasised the yellow colour of the sky more as the clearer blue sky was framed out. Who said the camera never lies, photography is more about excluding elements from the composition than keeping them in. 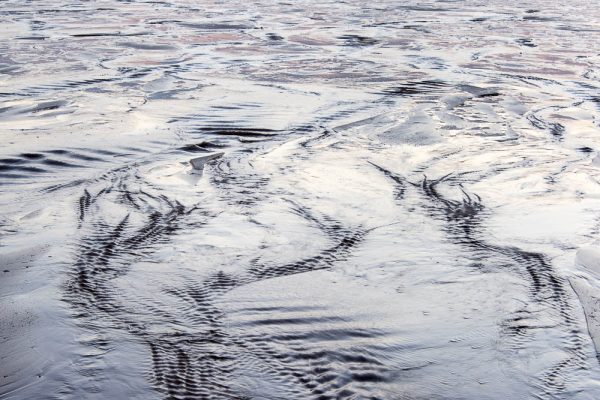 Before the sun had set, the lighter blue sky was reflected in the fresh water run off that was running over the sand and heading towards the sea. With recent rain it had come down onto the beach in greater quantity than usual, fanning out to cover a broad area of sand and producing lots of little channels and flow patterns. This along with the reflection of the sky created an almost molten metal look to the surface of the beach. Trying to find a pleasing composition proved challenging than I thought it would be.