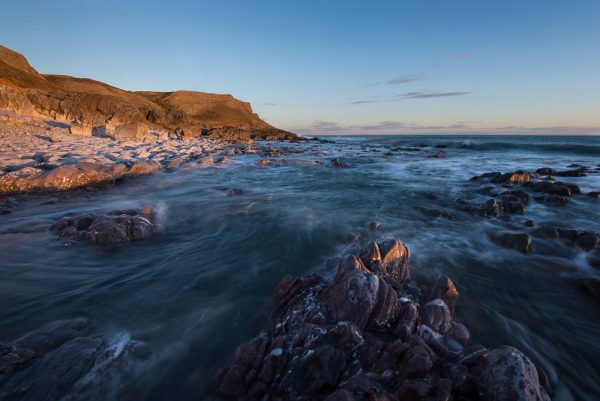 I had been thinking of trying to get an image of the Shipway area at the end of the Rhossili headland at sunset for a while. Normally I would head down to Rhossili Bay to get the classic silhouette of Worm’s Head as the sun set, but I wanted to get the last rays of light hitting the rocks on the headland. I hoped that this would turn the grey rock, red in colour and make it stand out from the sky. The clear blue sky wasn’t really what I had in mind and would have preferred some dramatic clouds for the?setting sun?to hit. I struggled to find a composition I was really happy with. The image above is the best of the day, but I still feel there is room for improvement. 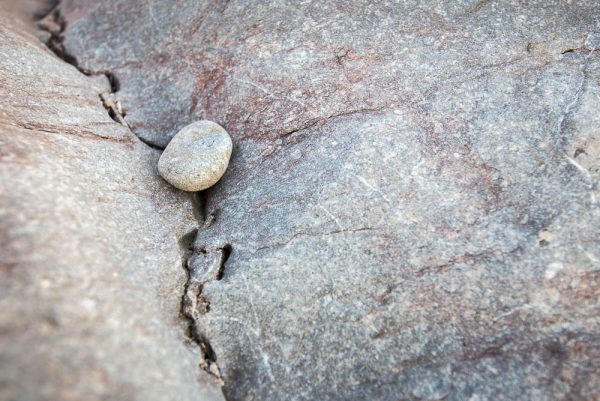 While waiting for the sun to set I decided to try and photograph the rock formations around me. Unfortunately in the high contrast light conditions, it wasn’t the best subject matter. I used my own shadow to create some shade and then tried to frame up some compositions within it. The pebbles in the rock crevices provided the easiest subjects as they allowed me to frame up a composition that fitted well within my shadow.

The final two images were just some experiments. The sun was backlighting the spray at the top of the wave, so I decided to try and make a minimalist composition with just one wave and a flat sea behind it. Ideally the wave wouldn’t be so close to the bottom of the frame, but below it were the start of the rocks on the shoreline and when included in the image, they just proved a distraction. 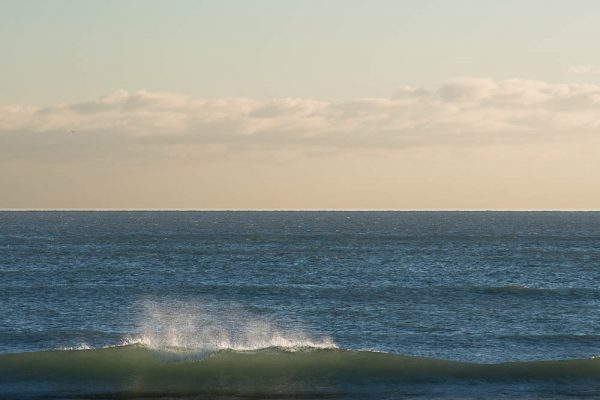 The image below was a classic long exposure. At the size below, it looks quite sharp on the rocks as you would expect for an F22 aperture, but when looking at it enlarged, it is soft. The only reason I can think of to cause this would be that my tripod was moving as it was immersed in the sea as well. A long exposure such as this tends to void any internal camera shake due to the mirror movement in a DSLR, so mirror lock up and cable releases don’t always improve things. I think this is an image that will need a re shoot if possible. 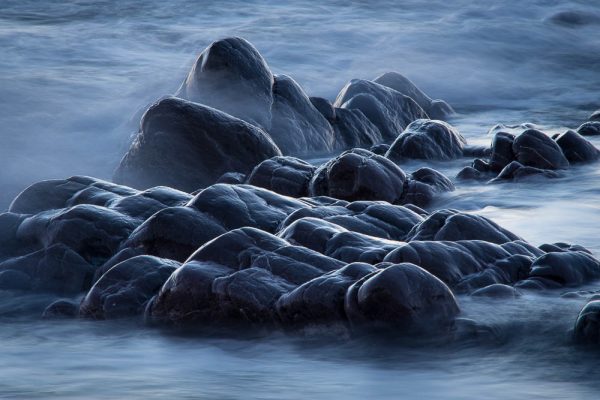