The Moon over Mumbles, Swansea Bay 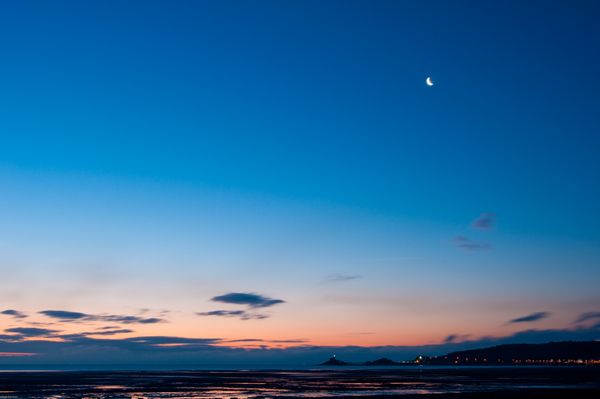 This is another image from my pre dawn sunrise shoot in Swansea Bay. I was trying to get the moon in the shot with Mumbles Lighthouse, but due to the wide angle lens used I thought that the moon would not show up particularly well. It was a pleasant surprise while viewing these on the computer to see that is was OK after all. The LCD screen on the back of the camera made it difficult to check this even with the magnification option available these days.

Technically the set up was the same as the previous image, with the camera set up on a tripod and the image made with mirror lock up and a cable release. This was one of the few occasions that I worked with two cameras set up on tripods with a wide angle and medium zoom lens mounted. I found that with the long exposures I was using, it enabled me to move from camera to camera making images while I recomposed the other camera ready for the next image. This way I kept away from the camera as it exposed the frame and avoided my big feet hitting the tripod!